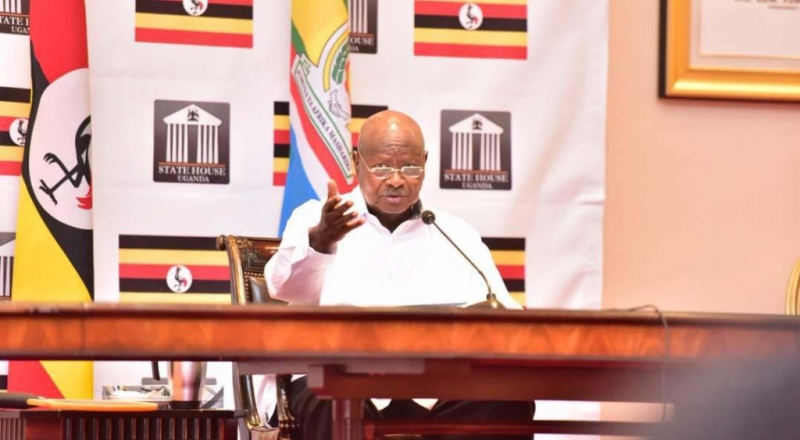 In an uncharacteristic second State of Security speech in the space of six days televised across all local networks, the President, His Excellency Yoweri Kaguta Museveni called on the people of Uganda to get more vigilant in their neighborhoods as the only way to curb the wave of crime threatening the peace and stability in the country.

Addressing the nation from State House, the Head of State encouraged people to stay confident in the government’s ability to not only protect its citizens but also bring to book all these urban criminals, citing arrests made in connection to previous murders. "Criminals are taking advantage of the relaxed nature of Ugandans," he warned.          He however called on all stakeholders to exercise more patience to give security bodies and the police time to carry out investigations. The president directed the police to device better communication means such as use of radios as opposed to mobile phones to disseminate information underlining the key role of that efficient co-ordination within the security forces. "With a mobile phone, you can speak to only one person at a time. But with a radio, you can communicate with more than one person."

President Museveni went on to state that in as few as nine months, Kampala would be a smart city with technology replacing most of the current labour predominantly human and as such improve crime detection, prevention and investigation. "In nine months, Kampala will be safer, cleaner and smarter," he said. "Economic-wise, machines are cheaper than human beings".

Earlier this year, the president announced a set of measures to curb crime especially in urban areas. A number of these are already being executed while other might call for longer time frames to have in place. For any person out there however, it must come naturally to be cautious when moving alone or even in groups as any suspicious individuals or groups ought to be investigated or reported. Crime, especially murder, more often than not doesn’t happen spontaneously but rather comes after a series of trails and other noticeable patterns. Vigilance is simply the only way we can lend a hand in making sure Uganda is a safer place for all of us.