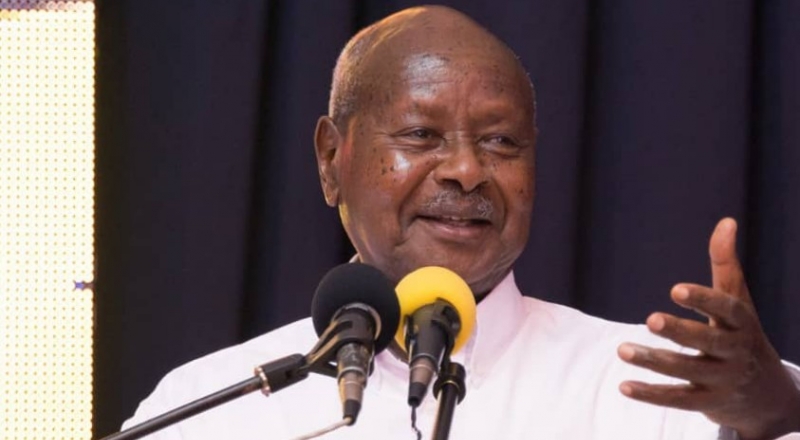 From his country home in Rwakitura, the Head of State delivered the annual new year message to the nation in a live broadcast aired across all media houses

He started off by paying tribute to all those that lost their lives in the year 2018, and prayed that God comforted their families and friends.

He then pointed out nine issues to address in his speech that included the Economy,Youth development and employment, Crime, Political discipline, Regional Integration, Corruption, Political leaders acting as examples in wealth creation,Irrigation and Land evictions

The President personally vowed to get involved in the fight against land grabbing by tycoons which has in recent years become rampant, leaving scores homeless. "I will directly lead the struggle against illegal land evictions," Museveni vowed.

To address corruption, the President boldly stated that his government would not hesitate replacing corrupt public officials and called on citizens to utilize the newly created anti corruption hotline.  "We have a very large number of educated people that are ready to replace corrupt officials, There is a 24-hour call centre established, headed by Lt. Col. Edith Nakalema, to tackle the problem of corruption."

On agriculture the President said 190 micro irrigation projects were to be set up across the country, "Our goal is to transform agriculture from a rain-fed to an irrigation-based sector," he said

Regarding security, the President said upgrading of the technological interventions to fight urban crime had already commenced but still required human vigilance in order to succeed.

The President also stated that skilling youths shall help them produce goods for export promotion, boosting the economy which is already growing by 6.1%

The President concluded his message highlighting plans to strengthen regional ties and build unity. "Therefore, I hope to work with fraternal people of Kenya, Tanzania, Rwanda, Burindi and South Sudan to consolidate the unity of East Africa Community," he said. "And together with COMESA and the African Union, we shall work to ensure the unity of the African continent," Museveni concluded.