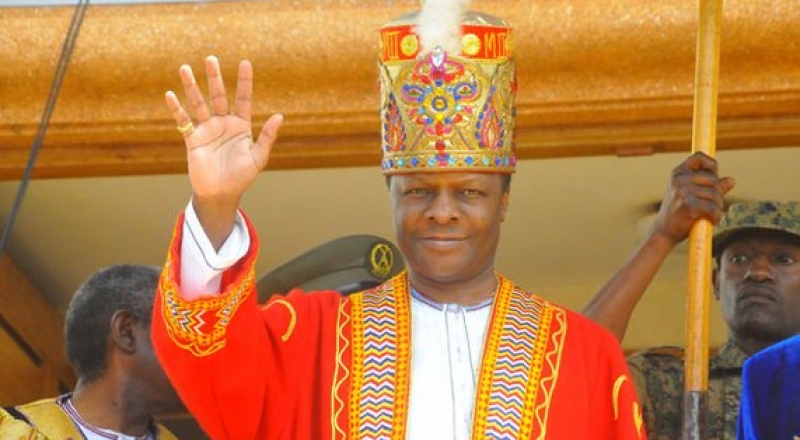 Uganda's most influential monarch, the 36th Kabaka of Buganda and unifier of the 52 clans spread over 18 counties, Kabaka Ronald Muwenda Mutebi this week celebrated 25 years of his reign which began on the 31st of July 1993. His coronation came after a long power vacuum created after his predecessor and late father Ssekabaka Edward Muteesa 2's reign had been prematurely brought to an end by the then dictatorial regime. Kabaka Mutebi became the first king in the world to successfully reestablish a once abolished kingdom.

Thousands of kingdom faithfuls  flocked Lubiri-Mengo,  to witness their king celebrate this milestone which, given the fact that at one point in Uganda's history, kingdoms had been abolished by the central government for over a decade, was an achievement worth the hype. Religious leaders, politicians and foreign dignitaries were all present with King Otumfuo Osei Tutu 2 from Ghana's Ashante kingdom, accompanied by his  delegation gracing the celebration as Chief Guest. The Ghanian delegation took the opportunity to share gifts, ideas and a display of their cultural dances and pledged to work together with the kingdom of Buganda in strengthening culture and unity on the African continent.

After making his long awaited entrance to the celebration grounds amidst wild ululation and jubilation, the Kabaka was treated to a variety of traditional songs and dances as well as other musical performances from schools and artistes, composed particularly for the day. The Kabaka took to the podium to address the thousands gathered, thanking the government, loyal subjects and the entire country for creating an atmosphere in which kingdoms can thrive. He went on to highlight the kingdom's achievements over the years and vowed to take it even higher.

It must be noted that Buganda has seen immense growth during his reign eclipsing all other kingdoms in the country and cementing its place not just as the most powerful in the country but one of the most influential kingdoms in the region. The Kabaka's government has directed a lot of efforts towards eradicating poverty and illiteracy in the region with the king using every opportunity to encourage his subjects to work hard and embrace education. Buganda has also been at the forefront of a wide range of development projects such as K2 telecom, the multiple palaces revamped as well as the recently commissioned residence of the Katiikiro, that is now  occupied for the first time in 52 years.

Its evident that the Kingdom of Buganda has witnessed a steady rise under the current government, sometimes differing in opinion but together steering Buganda in the right direction with the future expected to only get better.

Long live the Kabaka of Buganda

For God and my Country.